Friendly Gave Me a Test, Now I give them a Quest 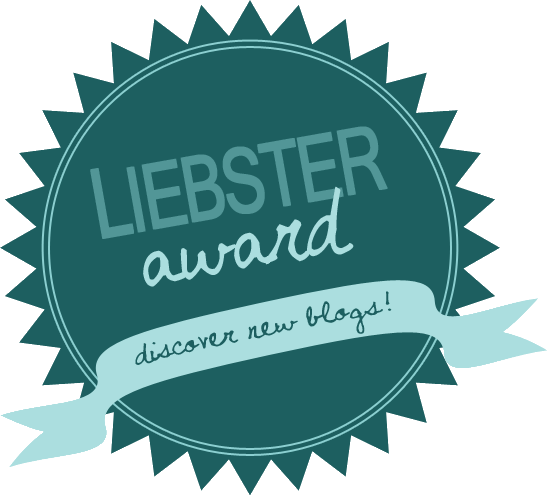 I would like to thank The Friendly Necromaner for digging my blog out from the grave to do a fun activity. Basically, he challenged me and a few other people to some questions, so bring it on!

1- You're suddenly very tiny and trapped in a giant salad bowl, what do you do?
This is interesting. I am very tiny in retrospect to what exactly? And the salad bowl is giant in retrospect to what? So is there like a giant salad bowl the size of a small building and I am the size of an ant? Man that is really unfair. I would honestly treat it like a jungle or something and eat away until I find some sort of light. But for the most part, panic and wonder why everything is so disproportionate.

2- What's your very first memory of playing video games? If you could lie about that question to make it sound more cool, which game would you choose instead?
This is a semi-difficult question because I have literally been playing games my entire life. Now, if you are talking about actual games, it would probably be like one of those child jumpstart games, those I played about about age 3. My first actual standard game is probably the Tarzan Action Game for PC.
Did I say Jumpstart...I mean I alpha tested Portal...yeah all of those cool story ideas, all me. All my recommendations...totally legit. 10/10.

3- What's your favorite comic book series? Why?
I actually don't read many comics (or really any) but if I were to base it off something I do like, it would probably be either Batman comics or Walking Dead. Really, it comes down to what they have produced from the comics that I really enjoy. I am a crazy TV junkie so Walking Dead is obviously up there, but Batman is also like a cult-classic now from the Arkham series, Gotham on TV and the Christopher Nolan movies.

5- What's something you've lost in your life that you'll never get back. If you did find it, what would you do with it?

There are probably a lot of things I have lost (mostly childhood items) but to this day I still have no idea where they are or where they went. My biggest memory is a lion Neopet stuffed animal (this is far before my "LionRiding" days) and I just never found it. Last thing I remember is leaving it my basement but for years, I couldn't find it again. If I did find it, I wouldn't really do anything but laugh and finally be relieved of a mystery that's happened for some odd 8-9 years now.

6- What theory, rule, or insight do you remember most from school? What made it stick in your head?
Still being in school (Junior in High School) I have a lot of useless stuff still fresh in my mind. Most of it is random facts cause my teachers hardly give any advice. I can't really make this a "wise" or "deep" answer, but probably just all of American history. Since I am studying for the AP US History exam, I pretty much NEED to know everything about all of American history. So that is sorta my mandatory study idea that has been drilled in my head. Either that or my italian conjugations:
Do, Dai, Da, Diamo, Date, Danno. Sto, stai, sta, stiamo, state, stanno.
7- You want to make me a mix CD. What five songs (or artists if you can't name individual songs) would be essential to the mix?
A mix CD? Couldn't I just make a soundcloud playlist? Nah but if I were to actually pick, it would just be a list of some of the world's best.
1. Just Can't Wait to Be King - Lion King (arguably the greatest Disney melody devised, even if it ripped off Under the Sea a bit...)
2. Get Lucky - Daft Punk (just a great song that got stuck in my head)
3. Game of Thrones Theme - Game of Thrones (just pure bliss for the greatest TV show at the moment)
4. When Can I See You Again? - Owl City (just another really happy, melodic tune)
5. Avalon Song - IAmTheChezz (cause I was in it :P)

8- What website do you use that you feel more people should know about?
A website everyone should know about...probably the Crowfall website honestly. I go on it every day now and I just REALLY want Mounts (lions) so people really need to invest in it. Please! Go do it! Also #LionRiderGarrison (need members).

9- If you were to take a week long trip to get away from everything and find some peace of mind, where would you go? Why?
A week long trip? Honestly, I would probably like to go to Africa. There is something that I just really like about the Savanna, the wildlife, the animals, the jungle. It's all nice. If I had to pick a specific spot, probably the Kenyan Savannah or South Africa. Also a lion or elephant sanctuary there might be cool.

10- What's the one game everybody should play? What feeling does it tap into for you?
As much as I love Wizard and Pirate101 I understand it isn't for everyone. Truthfully, I only played it so long because of nostalgia. Currently, I wish everyone would (invest) play Crowfall. It is exactly the game I have always wanted. Minecraft+Game of Thrones+MMO+J Todd Coleman=Best Game Ever! If we are going on games ALREADY out, Tak and the Power of Juju. It to me is still the best game ever made and it is completely overlooked. It may be a third party developer but it is completely unappreciated. Actually all the nickgames of the early 2000s were. They were grade A platformers that rival the well known ones like Banjo Kazooie and Jak and Daxter.

Well that's about it, I'd now like to nominate Justin ShadowBlade (DeathyWiz, seriously resurrect that thing, lately I've blogged more than you), Blaze Shadowhorn (Tales of the Spiral, or Games, or whatever you're on now), Tyler "The Chezz" Stevenson, cause why not, you have an extinct blog, Amber Rosepetal (you still around, we need to talk!) and Ambrose2Zeke for a Liebster, and here are your ten questions from me:

1. What is your favorite TV show of all time? Why? Why is it not Game of Thrones and or Breaking Bad?

2. What is your favorite soda flavor?


4. You playing Crowfall? If so what guild (if any) are you planning on playing in? Also what archetype and playstyle do you plan on (crafter or conquerer).

5. Pitch me a product and sell it. Or game if you prefer.

6. What is the first video/blogpost you have ever made.

9. Devise a new game world for an MMO. I want name, description and creatures.

Thank you everyone and hope to read on!
Posted by Nicholas LionRider at 12:49 PM