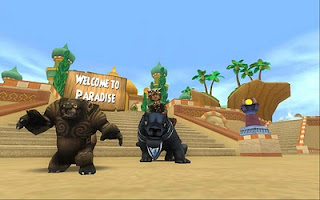 Hello, now although a few days ago I posted saying I would make a weekly gaming update post well here it is! It's a new thing that I like to call Nick's Weekly, Super Epic Bloggy Post. This week I will be talking about the news. In game and in my adventures. So let's start us off with our topics.

If you haven't heard already the test realm is open. Now this isn't a large change into the game but it is just as important as the teleporters. First off we have a new mount. The Black Panther. This mount is just like the free one we got to try for 15 days a few months back, but now can be sold for 5000 crowns which is cheap for a permanent mount. Also in test realm we have seen that their are new features added into the game. These would be signs. Signs are a great new aspect to the game because now anyone who enters your house could see a sign or message saying who's house it is, what a certain part in the house is supposed to be, or just a welcome to my castle sign. Either way they are a great new item to be in your castle or land. The ones available now are the Marleybone, Grizzleheim, Wizard City and a one that you can hang on your wall. Each is set at a different crowns price (do to the different designs) but at a fairly reasonable one such as the 500 crowns Wizard City one. Now the only thing that isn't so great about these is that instead of writing your own message, you must choose from a pre-made list that KI provides. This reminds us a lot of menu chat. The last change in the test realm was the updated maps. Maps in different worlds have sometimes missed, crafting and reagent vendors, new shops, and the occasional missed character or part of the world. The new ones are a little glitchy but I am sure KI will get right to them immediately.

New Pets in Live Realm:
Just like the test realm the live realm has been crazy too. With new furry and slimy creatures. The new pets are cool new addition into the game because they give you some pretty cool abilities and cards if trained and are just fun to look at. The five that are out are the Burning Pixie, Muscled Cat, Pink Jellyfish, Primal Wildclaw, and Skeletal Knight. Each is very unique with its look, talent and price. All are availible with crowns though it may cost you a few dollars. The pets can range between 1750-6500+ crowns. Now this might only a few dollars but for a pet it can be expensive. Luckily some of the better looking ones such as the Cat and Wildclaw can be sold for a cheap price around 2000 crowns. So if you would like you can find these in live realm and if you can't afford them but have a subscription check them out on test realm and see for youself what your missing.

Ambrose2Zeke Challenge Five:
With the challenges coming to a close many warriors including me, Amber RosePetal and Diana Wildheart continue to fight to destroy the evil that is the Queen of Blight. After solving a puzzle, destroying 200 sharks, 500 spiders and a extremely hard riddle that took almost a week to solve finally we continue our journey by crafting a chair for a large iceling to sit down on. After this challenge we will have two more until we get the grand prize of 5000 crowns and to be put into the Ambrose2Zeke Hall of Fame. I will keep you updated next week on this exciting conclusion.

Spiral Live Music Page:
Spiral Live started a new project called SLB or Spiral Live Beats which is going actually good. Blaze ShadowHorn (my co-host) already wrote the first two songs which are called "Everyday Routine" and "Anything". Both are excelent songs and now I am going to be writing the next two. So be expect the Ravenwood Song and the Lazers song very soon!

Today's Latest Podcasts:
Spiral Live Episode Four Review:
Episode Four wasn't the greatest episode at all. Although it was ok. We weren't there half the time. Between Blaze leaving and Wi-Fi Problems we lost conection about 4 or five times. Due to this I give Episode four a 1/5 for this week.

Wizard Weekly Episode Twenty Four Review:
There was a lot of things I liked about Wizard Weekly this week. Brought lots of detail to the community and had a couple of laughs here and there. Wizard101 Central does a great job with the show and surprisingly some of the bloopers and mess ups are very funny. With all the great information, funny comments and tons of great intresting topics I give this weeks Wizard Weekly a 5/5 Good work Fallon and Wizard101 Central.

Ravenwood Radio Episode 49 Review:
I didn't get to see this weeks Ravenwood Radio but from what I have heard it was a good show so I will just have to give it the middle rating of 3/5.


Well I hope you liked this weeks episode of Nick's Weekly, Super Epic Bloggy Post and stay tuned next week for more news. I am also going to continue posting smaller posts during the week so stay tuned for those as well.